Share your news about book and journal publications, upcoming conferences that you are organizing, allied organizations, and so on, which would be of interest to Ometeca’s members.  Send items to the Webmaster, Prof. Alicia Rivero, arivero@unc.edu. 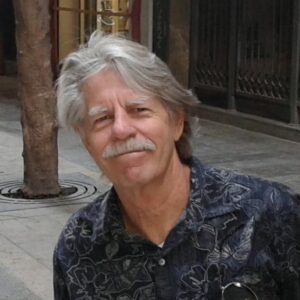 In Memoriam: The Ometeca Institute mourns the loss of our President/Director, Dr. Jerry Hoeg (2015-2020), who passed away in 2020. Jerry was also an Editor of our journal, Ometeca (2001-2016), in addition to being a dear friend, valued colleague, and mentor to many. He was a Professor Emeritus of Spanish at Penn State University, Fayette campus.  Jerry published on science and Hispanic studies in many book chapters, numerous articles, etc. His relevant books include: Interdisciplinary Essays on Darwinism in Hispanic Literature and Film: The Intersection of Science and the Humanities, co-edited with Kevin S. Larsen (Edwin Mellen); Reading and Writing the Latin American Landscape, co-authored with Beatriz Rivera-Barnes (Palgrave/Macmillan); Science, Literature, and Film in the Hispanic World (Palgrave/Macmillan); Science, Technology, and Latin American Narrative in the 20th Century and Beyond (Lehigh UP/Associated University Presses). The Ometeca Institute extends our deepest condolences, especially to Jerry’s family. We hope to hold a conference and publish a volume of our journal in his honor; more details will follow at a later date–see Conferences.

Loss Pequeño Glazier, Luna Lunera: Poems al-Andalus  (Night Horn Books, 2020; http://writing.upenn.edu/epc/authors/glazier/luna/).  This is a book of poems “drawing from poetics, dance, visual, code-rendered movement [and other] visuality, Andalusian echoes, and the sounds of word origins,” per Dr. Glazier.  He is also the author of Anatman, Pumpkin Seed Algorithm (Salt), Digital Poetics (Alabama), and many other projects.  See also some of his work in vol. 23 (2017) of the Ometeca journal.  Contact: Transparent Mountain Poetries, P.O. Box 2233, Franklin NC 28744; http://www.lpglazier.com/.

Theme by Anders Noren — Up ↑